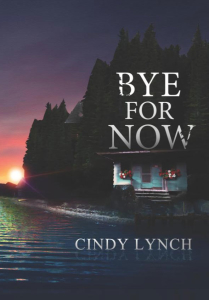 Bye For Now: Gramp’s Camp’ spans from the protagonist’s past to her ever-tumultuous present, as a harrowing tragedy playing out in a town close to her heart brings memories of the past flooding back. The journey through love hasn’t been easy for Callista Lamply but – as readers are about to find out – love itself has the ability to confront its “victims” decades after those first sparks flew.

Callista Lamply sits watching television 1,300 miles away from her hometown. In an instant, she recognizes the town in which a horrific tragedy is taking place. While images unfold, Callie finds herself anxiously waiting to hear new details of those involved. Feeling frightened and alone, wishing she could turn back time when life was simple, her childhood memories begin to flood her consciousness. Remembering in detail the summer of 1982, Callie recalls meeting a blond-haired, blue-eyed, handsome boy named Wyatt who, as luck would have it, lived several doors down from her grandfather’s camp. Callie and Wyatt begin a romance that blossoms from summer to summer, bringing them closer than Callie had ever imagined. If only her brother Jimmy could let go of his suspicions about Wyatt. Just because he’s the kid brother of Jimmy’s arch nemesis doesn’t make him a bad guy. Does it? The seasons change, and as Callie enters college she meets Charlie-the vivacious, devilishly handsome neighbor who quickly becomes an important part of her life. But is it more than that? Are her summers with Wyatt about to end? With her love life in the balance, Callie is determined to make a decision, but which way should she turn? Will Wyatt make promises he can’t keep? Is there more to Charlie than fun and games? Is it worth the risk or is it time to say goodbye?

Get your copy of Bye For Now!